Friday
Drove to Ikea to get the rest of my new desk. I went last Friday and forgot one piece. Sometimes it backfires when their stuff is so customizable. Went to see I Am Legend at the Imax theater in Harrisburg. The movie was exciting and made me think. I recommend it.

Made gingerbread pancakes with Steve. Still not the same as the ones at Perkins, but very good (read: 6T butter).

Shopped with Cornerstone people for a local family whose house burnt down. (We are so blessed to have this group of friends. We have fun no matter what we’re doing). Because of the forecast the group Christmas party was postponed, but most of us still hung out and watched Elf.

Sunday
We’re getting an ice storm, so I’m hoping to post pictures later. Going to look for some coffee and leftover gingerbread pancakes… Hope you all had a good weekend! I can’t even remember the last time I went to a movie theater, although I know we saw The Family Stone in 2005, which is now one of my favorite Christmas movies.
Last night we saw Into The Wild, which was part nature show, part coming-of-age. I liked it well enough until I had pseudoephedrine-induced insomnia during the night and kept seeing scenes from the movie which I didn’t particularly care to re-live. I loved the whitewater kayaking, though.In other news (I know, slow week) Mom and I went to Potomac Mills yesterday and came home with fabric from G-Street, Christmas gifts from Eddie Bauer, and my new desk from Ikea. Because I need more horizontal surfaces to cover. I will spare you neatniks a current picture of my studio. If you’re interested in seeing some of my pictures of architectural elements, I just uploaded some to my Flickr account. Many of these were in slideshows from my trips to Sweden and Denmark, so they may look familiar.

I use a little point-and-shoot Canon A540, nothing fancy. Just goes to show that beautiful subjects make beautiful pictures as long as you hold the camera still. Most of the photos are the raw files, so if you want to print them out you might want to fuss with brightness/contrast. Biking as a mode of transportation is really big in Sweden and Denmark. Nowhere near what Hong Kong is probably like, but still encouraged and enabled by their governments (bike lanes, parking corrals in public places, etc.). Check out this blog dedicated to bikes in Copenhagen.

Steve and I just got back from another trip to Sweden. This time we flew into Copenhagen and took a taxi across the Oresund Bridge to Malmo, Sweden. Steve had meetings Monday and Tuesday, so I explored the town a little. Malmo is a lot like Gothenburg with interesting old buildings, canals, outdoor seating at restaurants, and cobblestone sidewalks. 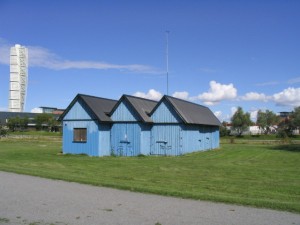 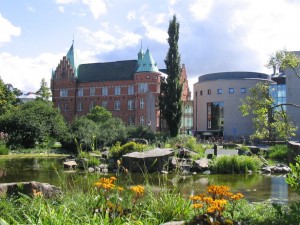 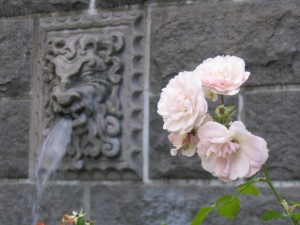 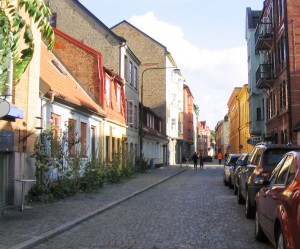 Steve said he wants to frame some of the photos from Gothenburg for his office, and suggested I let you know that I did post the rest of my Swedish adventure down below. I love photographing architectural elements, in fact one of my favorite photos from our wedding reception was of the top of a stone column and not of flowers or periwinkle dresses. (Thanks, Nooty). If you’re interested in having 8x10s for yourself, a couple are available in my Etsy shop, but I have others (you can email me or “convo” through Etsy and if you are someone like my highschool English teacher I may not even charge you $7). I have been known to autograph mats before, so these may even have collectible value one day after I’m dead.

I’m back! I bet you didn’t even miss me. Steve and I have been in Sweden, so I’ll be posting my saved blog entries below. All in all it was a great trip – weather, food, company. And I didn’t get sick this time, which made the return flight much easier. I know it’s kinda boring looking at other people’s vacation pictures, so I’ll try to group them by theme. 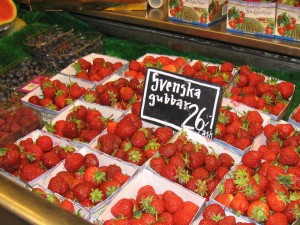 Steve and I went to Saluhallen Market yesterday. It’s located in an old terminal, with all the craziness of Philly’s Reading Market but compounded by signage in Swedish. Everything from pastries to olives, and a million kinds of cured meats. Outside was the local produce, mainly strawberries and flowers at this time of year.

Steve has the day off so today we walked around and took pictures (new camera batteries), sat at an outdoor cafe, walked through the weekend market, and shopped a little. I brought a stack of magazines and haven’t touched them, so this afternoon I took it easy so I won’t have to lug them all home. It’s overcast and colder today (sweater and jeans), so I don’t mind being inside. For dinner tonight we walked in the rain to a place where we ate in September and fake-fought over who got to order the steak with a big slab of garlic butter on top. (I wanted to try the duck in rasperry sauce anyway). Tomorrow we fly home and I’m sad to leave. I do miss Riley, though. 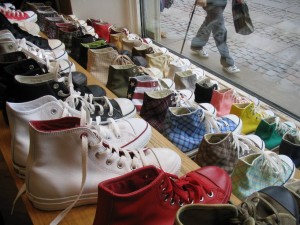 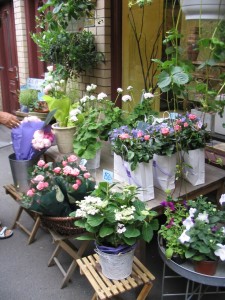 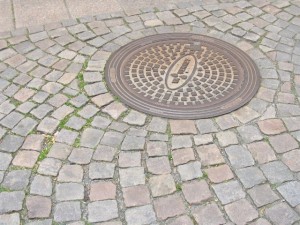 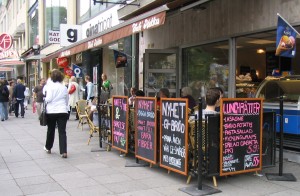 I met up with one of the other company wives this morning for more of the same – shopping, sightseeing, pictures, people-watching. She was the first to note that these cars look like rollerskates. It’s strawberry season in Sweden, so you find them everywhere. Small and sweet the way I like them, no apple-sized berries from Costco here.

The company provided dinner for us at the office – they said it would be pizza and beer, but what we came to find out was the pizza was topped with very little cheese and had interesting topping combos like banana/curry and olive/artichoke. The beer (and pear cider) was from a local microbrewery where one of Steve’s colleagues also works.

One thing I love about this company is how obvious it is that the employees enjoy each other’s company. We sat and talked (and drank) in the office atrium for several hours, then finally decided to go to an open-air restaurant for the rest of the evening. Because we are so far north, it is light out until 11 or 12, so I had no idea how late it was when we finally got back to the hotel.

My battery charger stopped working alltogether, so again I have no pictures of the team to show you. 🙁